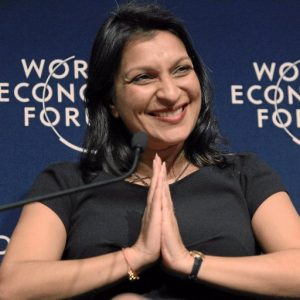 I would like to pay tribute to an amazing team of women at the Orchid Project, an NGO devoted to improving millions of women’s lives by working towards ridding the world of female genital cutting (FGC).

The organisation was founded by my school-friend Julia Lalla-Maharajh (OBE).  It was on a volunteering trip to Ethiopia in 2008 that Julia started to understand the devastating physical and psychological impact that this violation of human rights has on girls and women across the world.   Although at that point she didn’t know what she could do, she vowed to do what she could.

And Julia knew that it doesn’t happen because parents wanted to abuse or torture their daughters. It happens because of deep-rooted social norms in communities with little or no access to education around human rights.  It happens because the fear of social exclusion from the community is stronger than the desire to break tradition to protect their babies.  (On average girls are cut before their fifth birthday.)  Rather than shout about how barbaric it is and condemn those who practise it, it demanded a different approach.

Orchid Project partner with trailblazing grassroots organisations that support the abandonment of female genital cutting (FGC) and work within communities through non-judgemental, human rights-led education.  They share knowledge and best practice which empower communities to come to their own decision to abandon the practice.  They also work with governments and global leaders to ensure work to end FGC is prioritised.  To date they have been instrumental in progress toward a commitment to worldwide abandonment by 2030.

On a personal level, it blows my mind, that one woman, having witnessed systemic injustice on such a huge scale, had the courage to make a stand for all those women and girls and promise to make a difference.  Without knowing how it was going to happen, presumably facing self-doubt about what she had to offer and even her right to be standing on the stage of international development and human rights Julia took the first step, then with compassion and determination she pursued her goal. (Often chasing senior politicians in the process!)  What an inspiration to us all!

The story has parallels in organisational change.  The system is still stacked against women.  As of 2019 only 7% of FTSE100 companies in the UK had female CEOs, and 32% of board directors were female.  There is still a lasting perception that women have to toughen up, or to ‘behave like men’ in order to get ahead (and to be fair, the pressure on men to do this is even greater). So they end up compromising their values and masking their true selves to fit in with the culture.

But things are changing and COVID has accelerated some of this change.  We are seeing a growing recognition of the need to ditch the hierarchical ‘command-and-control’ model of leadership and are seeing the increasing value of ‘soft skills’ such as humility, compassion and empathy, exemplified in leaders such as New Zealand’s prime minister Jacinda Ardern (with her response to the Christchurch mosque shootings, and to COVID), and prime ministers of Denmark and Norway who instigated special press conferences aimed at allaying children’s concerns about the virus.

Wellbeing is being prioritised within organisations and the enlightened ones know that gym membership and free fruit is no longer enough.  Rather than something that employees ‘add on’ to their days, wellbeing has to be central to the fabric of the organisation.  It has to be embedded into the purpose and the values of the company, and be demonstrated in the way that people treat each other.  Leaders that have opened up and shown their vulnerability through these difficult times have been rewarded with a growing sense of trust from their people.  Leaders are starting to see that when you create a working environment where people feel a real sense of (not just inclusion, but) belonging, they feel safe to show up as themselves (and to not be OK), safe to ask questions, to voice their opinions, to fail and to learn and develop – then people thrive.  They feel motivated, they communicate more effectively and collaborate better, and performance improves.  Wellbeing comes from feeling valued and being a part of something bigger than themselves. Because at the end of the day our primary need is to belong.

In the same way, the work of Orchid is based around the need to understand communities, to see them as human beings trying to do their best for their families.  It all starts with visionary leadership twinned with a sense of humility and a real desire to serve.  So let’s celebrate the women (and the men) who pair the compassion to truly want to see the world become a better place for our children and grandchildren and have the courage to take action to make it happen.