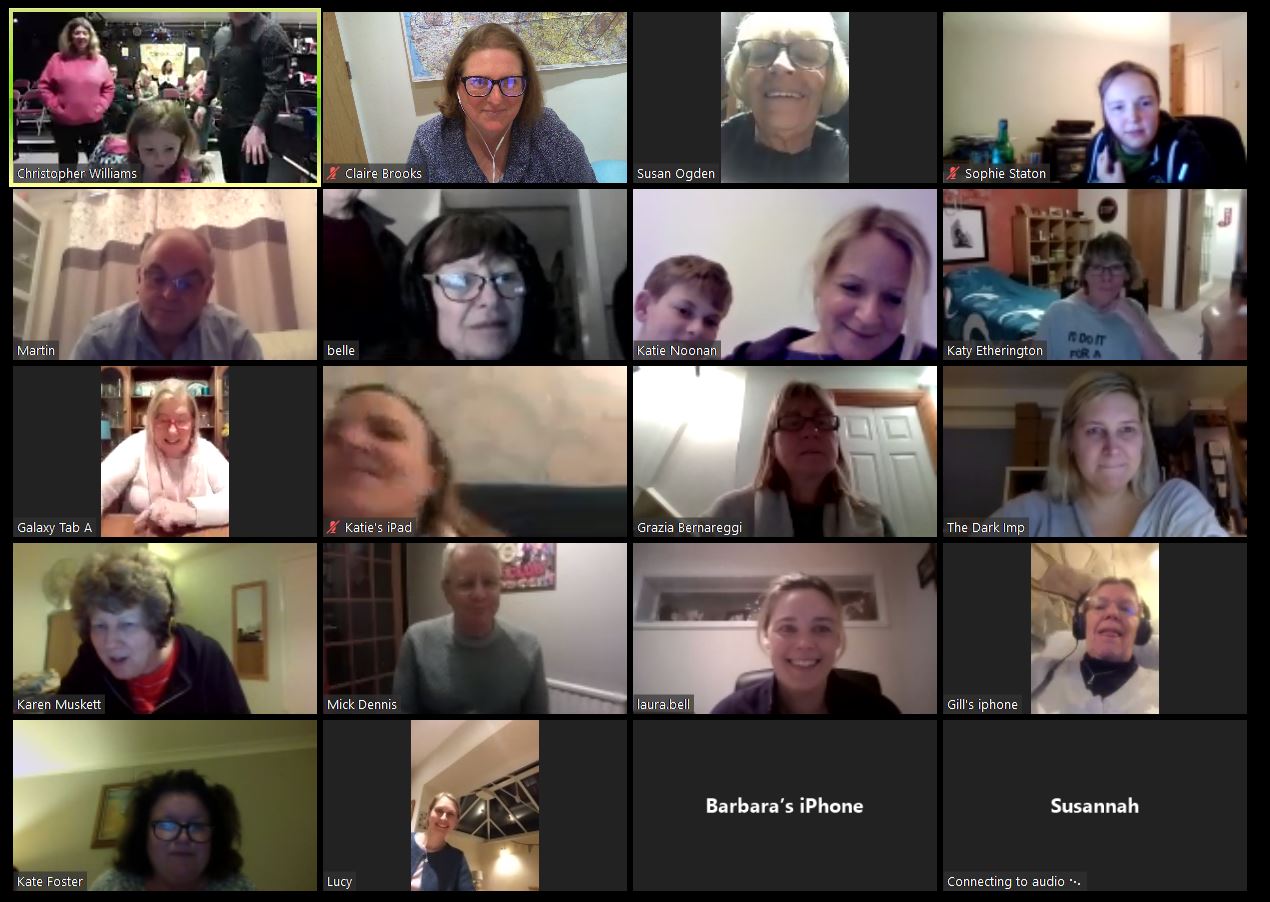 I belong to a singing Glee club and last night I went to our last meet up for the foreseeable future.  There were 10 of us in the hall and we were in a zoom conference with about another 15 joining from home.  It was very funny having a bit of banter with everyone but time delays meant we had to put all the zoom attendees on mute while we sang in the hall, and they joined in solo at home. The intention is that we continue with zoom but unless there are a few core members physically together singing we won’t hear ourselves singing for a while.   We are going to have to be creative to come up with new solutions as I am going to miss singing.

The reality of having the schools close is beginning to hit home.  My daughter was distraught when they announced the cancellation of her GCSEs.  She has been at home with a cough as a precaution although it seems to be nothing.  She put on her school uniform for the last time this morning and tried to go into school to see people on their final day but she was told to go home.  We totally understand why the school has done this but it was terribly upsetting for her. We will need to help her find her purpose for the next 6 months now, a few ideas starting to brew, but mostly dependent on us all staying healthy.

We’ve also received details of the remote learning plan for our son who is in Year 9. It’s amazing that we have all the technology to allow teaching to go ahead however I am rather apprehensive about how it’s going to work.  He has ADHD and needs a lot of additional support to motivate him to do homework so we are going to have a full time job getting him to engage with his schoolwork. I sympathise with all parents who are now having to work from home and supervise their children’s learning at the same time.

I’m also now ensconced in setting up a community support network for local businesses.  We all want to support each other through these difficult times, and one way is to buy local.  We already have a network of volunteers and a thriving Facebook group offering both practical support and advice to everyone.  There seems to be a rush of people offering services for free – which is fabulous – but this is not going to be sustainable. We need to ensure that people pay what they can afford and leave the freebies for those in genuine need.

I’ve already heard of several friends who have lost jobs or who are being forced to take pay cuts. There will be a lot of business owners having to make incredibly difficult decisions over the coming weeks.  While I was lying awake last night my mind was thinking of all sorts of possibilities for riding this storm. Possibly totally naive but my socialist principles were coming to the fore – wouldn’t it be great if everyone earning over say £50k had to temporarily forego the remainder or a large part of their salary to support their colleagues whose jobs were at risk?  I think leaders in large corporations who look after their staff and ensure they are supported through these times will reap the benefits of loyal productive workers in the long term.     Whatever happens we need to be creative and abandon the mindset that things can’t be done.

I’ll be growing my own vegetables next…. I’m not entirely joking!